I’m thrilled to announce I’ll be working with Warner Brothers on creating a new line of fine art in celebration of acclaimed film maker Chuck Jones.

In a career spanning over 60 years, Jones made more than 300 animated films, winning three Oscars as director and in 1996 an honorary Oscar for Lifetime Achievement. Among the many awards and recognitions, one of those most valued was the honorary life membership from the Directors Guild of America. Chuck Jones.com

“Animation isn’t the illusion of life, it is life”-Chuck Jones 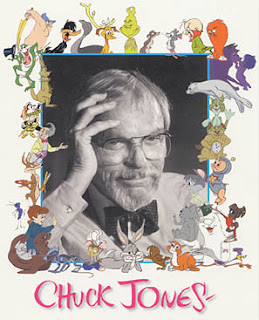