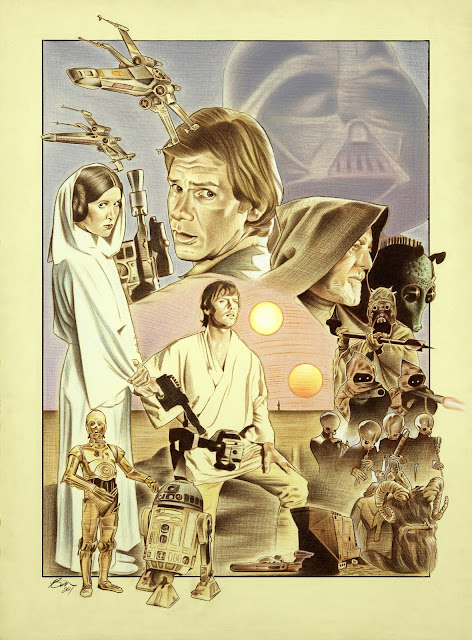 I remember my first glimpse of Tatooine as I watched R2 and 3P0 pass by the skeletal remains of a sand creature.  The two moons setting in the pale sky filled me with curiosity about a world outside of my own.  Then there was the force; it was all around us, binding us together and made up of all living things.

“I wanted a concept of religion based on the premise that there is a God and there is good and evil.  I began to distill the essence of all religions into what I thought was a basic idea common to all religions and common to primitive thinking.”-George Lucas

When I took on this project and ventured to Tatooine, my goal was not only to capture the elements, characters, and environments of the story, but also to bring back the emotions George Lucas intended for us to have during its development nearly 4 decades ago.

“A New Hope” reminds us that successful story telling requires much more than just a high budget and special effects; it must inspire our hearts.