A few months ago I was asked to complete an idea similar to my print for Celebration 5, this time to include Han and Leia as apposed to Anakin and Padme.

What you see here is first study of what I’ll be working towards for a future piece. The art is completed with colored pencil on canson paper, the texture allowed me to get a to a finished study much quicker than a smooth surface would like the poster art I usually create.

What I intended to get out of this piece was color balance, to really find a zone that felt right for Bespin and a layout that would bring back the emotion of Han and Leia’s separation in the cloud city.

I hope to have an updated version before long, 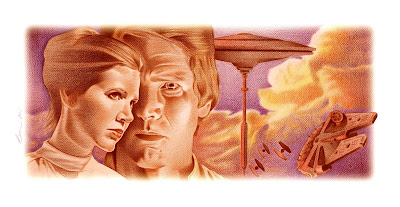 I apologize for the delay, just about everything I’ve created since January has been going through approvals. But I’ll begin posting things as I’m given permission.

Here’s what I got out of traveling to Asgard..

Thor- a truly brilliant film. I was very inspired and proud to say the film truly did the character justice. Chris Hemsworth portrayed Thor very well just as Anthony Hopkins played the King of as Asgard perfectly.

I felt like Thor carried a very epic story line, a traditional tale of discipline where Thor learned more about himself after his powers were stripped from him by his father. Even though we may not agree with what our parents do and say, they always have a better range of knowledge in the long run. We eventually see their plans unveil themselves in time and we can appreciate what they do as it builds our character. 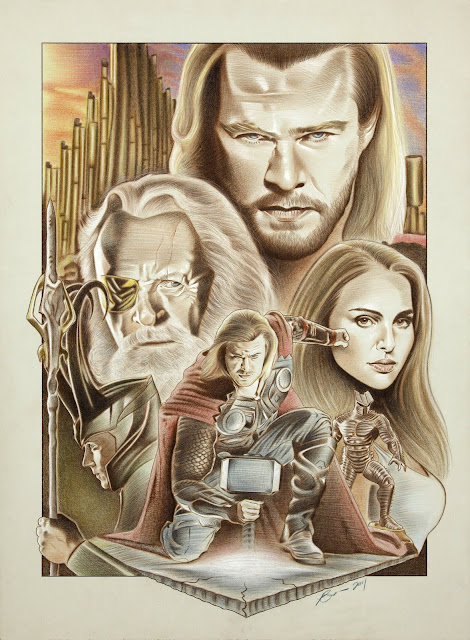